Past life therapy is considered as a means of hypnosis that concentrates more on reincarnation. It is also centered on the belief wherein you have lived many lives even before this. The physical body dies, but, the soul still lives on and takes a new life inside the body.

Actually, people believed in the form of reincarnation in the past few years- in the previous days of the Ancient Greece. With the notion of reincarnation, it became more popular when Buddha has remembered his previous lives as he was fully awakened.

At present, reincarnation as a theory has acquired a big boost from the past life regression. According on the experience of people on their hypnotherapy sessions, they kept on believing for more power related on reincarnation.

In the event of regression session, one is placed into such a surreal state that significantly boosts the ability to get back on the old memories. This further increases the chance to remember the clear details regarding the previous lives. In addition to that, it helps you to further recover from the experiences and memories associated in the past lives. Even the current experiences of one’s life are stored in the subconscious mind. Nevertheless, they are buried deeply that they can be accessed when on a hypnotic state.

It is no doubt that past life therapy is a mark of respect to the imagination. This is a figurative way of dealing with the day-to-day issues. However, it may be absurd that when one recalls of being hit with an arrow in the neck; you are able to cure the mysterious ache in the neck. But, this metaphorical time travel has its beneficial results such as relief in the neck pain. 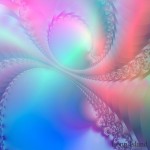 The most surprising thing is that previous beliefs of the past lives are not linked with more produced past life memories. Even non-believers are producing their previous life memories on the same rate. The many things that are thought and seen in the mind of the clients come from the suggestions and recommendations of a hypnotist. They are coupled with the nationality and background of the hypnotist.

More so, past life therapy further creates fantasies. It is proven to be effective in handling and dealing a day-to-day problem. When the imagination is further engaged in hypnosis, the possibilities are limitless.

If you firmly believe that a thing in the past has influenced your present life, then you must visit the past life with your imagination. Indeed, this is a great way to give a metaphorical foundation for real solutions. Hypnotherapy basically relies in the focus and concentration of one’s imagination. Thus, the fantasy does and can affect reality!